is a native Californian born in Colusa and educated at the University of California, Berkley and U C Davis. She studied with Roland Peterson and Robert Arneson. She and her husband spend their time between the family home in Colusa, a ranch in Winters and a beach house in Dillon Beach. Sally is the mother of twin boys and five artistic grandchildren. Since her retirement in 2005 after 42 years of teaching Sally has been pursuing plein air painting with world class artists in California, Santa Fe and Oregon workshops.

Sally was selected as a Fulbright Scholar in 1988 and studied Chinese Decorative Arts in China. In 1996 Sally was voted the Outstanding Secondary Visual Arts Educator for the state of CA. In 1999 she was voted Outstanding Arts Educator for California and Yolo County teacher of the year. In 2000 she achieved national Board Certification, the first in California to do so in the field of Visual Arts.
In addition to her oil paintings, Sally does watercolors and creates beaded one of a kind jewelry. 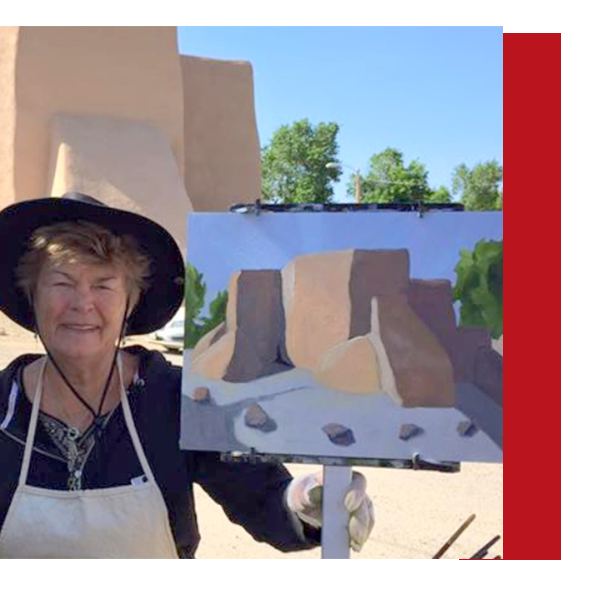